At Club Vass we have embraced foiling, one of the latest developments in windsurfing. Club Vass and PWA superstar Max Rowe was one of the early adopters, having tried foiling in its early days; he loved it and immediately saw its potential at Club Vass. Top instructor Sam Green has also taken to foiling and has spent some winter seasons teaching it in Australia.

Foiling is great light wind alternative, with an ideal wind speed around 8-16 knots. This works well in Vassiliki, just as the cross-shore has kicked in but before it has built to its full strength. The foil will allow you to get planing on sails well below 6 m.

Everyone who’s tried it is stoked by the feeling you get – literally floating above the water.  It adds a whole new dimension to windsurfing and a great new challenge for more advanced sailors.

As Max says: “How often does something really new come along in a sport you’ve been doing for ages that has the potential to revolutionalise it?” 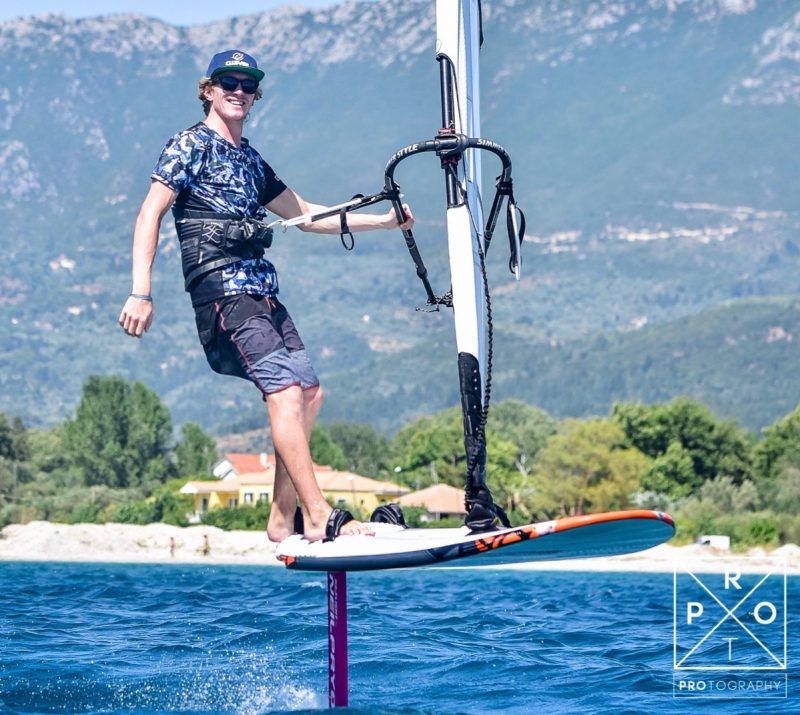